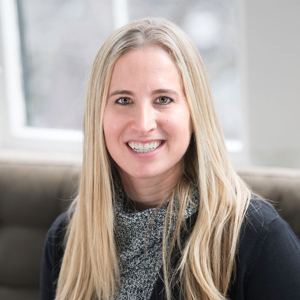 Amy Gross is a Performance Psychology Consultant who founded Pillars4Performance (www.pillars4performance.com) to help individuals and teams maximize their potential. Previously, she was an Assistant Coach for the University of Pennsylvania’s Men’s and Women’s Squash teams. Amy attended Yale University where she was a four-time first team All-Ivy and All-American squash player and helped Yale to win three consecutive National Championships. She holds two Master’s Degrees from the University of Pennsylvania – one in Counseling & Mental Health and another in Professional Counseling & Psychology.

Amy kindly spoke with Squash Universe by phone. This interview has been edited for clarity and brevity.

SU: You were a four time first team All-Ivy and All-American at Yale University and the Yale teams you played for won three consecutive national championships. Now you are a peak performance and mental coach helping athletes. Did your own experiences playing squash lead you into this field?

AG: Yes, it does. Part of what led me to pursue a career in psychology is that I always felt really strongly about people training their minds as much as their bodies. I also feel, as a former athlete myself, I begin to learn how important the mental aspects of the game become, especially the more elite [a player] becomes. Because, you know, you are a squash player, you get to a certain level where technically people are pretty sound – they all know how to hit a forehand – so the mental side becomes important so that also led me to pursue the field.

I also feel like similarly to working on your forehand and the other aspects of the game – the physical, technical and tactical – it is really important to teach players the mental side and to be proactive about building those skills from a young age. That is important because whether you are a beginner or a professional athlete, you are still working and practicing your forehand – so the mental side of the game should be similar.

That led me to major in psychology as an undergrad. I worked in business for a few years and went back to graduate school for psychology.

SU: In junior squash, the mental side of the game can be overlooked but it is almost as important as having physical talent like you were talking about. Could you talk broadly about how a junior athlete could benefit from working with a mental coach?

AG: Sure. I think one of the keys is just educating people about the mental side of the game. I think there is a common misconception that the mental side is only if you have a problem – making the assumption that you should only work with a mental coach or sports psychologist or anyone, even your primary coach, it is something that people just assume you have problems – that you are not mentally tough. But that is not the case. You can see players that maybe are very mentally tough but they are very critical or they might have some performance anxiety or they have other areas of their game they need to work on. I am sure you have seen people that are close to burn-out or really don’t enjoy the game.

It is really just helping people understand what the mental game is about. That everyone – similar to other areas of the game – has strengths and areas that need development so being proactive and working on those skills continuously so that they develop long-lasting habits. That is the important piece to it. And if you can learn it as a junior it is going to benefit you as a college player and as an adult. Both on and off court.

SU: Do you see that the mental game changes going from juniors to college?

AG: There is a different set of challenges that you are dealing with at every stage of playing – that present different obstacles. I work with people from middle school, high school, college and the professional level. An adolescent might be struggling just as much with their confidence as an adult. There are different stressors at different stages in your life – that might change.

SU: You definitely still see professional players when they talk after their match about how they weren’t mentally strong during the match or they let their focus wane a little bit or had some doubts creep in.

AG: Exactly, and I think that is an important part of sharing with juniors players. These are people at the highest level, who are the best of the best, still struggle with the things that juniors are struggling with. They have doubts, they lose their focus sometimes, and they sometimes struggle with being consistent. All that stuff – nerves. It is part of the game. That’s where I think normalizing the mental side of the game and understanding that it is like any other part of athletic performance is a skill that you need to hone, develop and practice.

SU: How can players mentally prepare before a match?

AG: Once they get to a certain level or at least compete in tournaments, players are pretty good at developing a physical warm-up routine but developing a mental preparation routine is really useful.

SU: Do you recommend positive self-talk or visualization?

AG: I am all about customizing the program to meet your needs similar to your physical warm-up. Everyone has a different way of warming up. The key is finding a pre-match routine that works for you. Obviously, there are things like visualization, relaxation techniques, listening to music you can use to prepare. There are other things like being “impeccable at the controllable”. A lot of the times, especially before a tournament or before a match, people get hung up on the things that are out of their control instead of focusing on the things that might directly benefit their performance. Even things like waking up at a certain time, figuring out what you can eat, getting that pre-match warm-up in, doing confidence builders, relaxation techniques, whatever it is. Focusing on the things that are in your control.

SU: Would you think of that as saying “Today, I want to work on this” or I am going to bring this into the match” and giving yourself something to focus on like that?

AG: That is part of developing a pre-match routine such as going over your game plan or having a mindset or approach that you go into your match with. That is controllable. There are lots of things I define as controllable like your shot selection and what you need to do to be successful. Getting in the habit of focusing on those things instead of the things that aren’t in your control like whom you play. You don’t know who’s going to win or who’s going to lose.

Especially at the junior level, a lot of time is consumed thinking about those things before the match and that magnifies the stress and pressure instead of helping to build your confidence. Other things I hear all the time are “What court am I going to play on?” You can’t control court conditions. You can’t control who is watching. I would say developing a mental preparation routine and controlling the controllable are all things players can do before competition.

SU: I have always found myself struggling with being in a tournament and that tournament is hosted somewhere I have never been and trying to normalize your surroundings when everything is so new so you can play at your best.

AG: There are elements of that that are in your control such as scoping out the courts early to figure out where the water is. There are things you can do to put yourself at ease.

SU: Let’s switch to talking about on-court mental skills. Are there certain tools juniors can use in a match when they have made several unforced errors in a row?

AG: The biggest thing you see, and you know this based on body language when you observe players, is a lot of time people become highly critical and destructive instead of constructive. At the end of the day, it is not helping you to tell yourself how awful of a shot that is. So giving yourself some thoughtful feedback can help you reset and get into a rhythm.

SU: So positive self-talk instead of negative statements?

AG: Or just accepting things and moving on. The other element to that is that the self-talk is one piece to it and the other piece to it is one of the hardest things during a match is to really stay present and focus on the next point. I think that is hard in life too. We are constantly vacillating between the past and the future. Especially if you are making unforced errors. You are thinking about the five unforced errors you made in that last game but that is taking away from the headspace you need to be focusing on this game.

SU: Or the good things you did in the last game as well…

AG: Exactly, you hone in on the negative and disqualify the positive. That’s were mindfulness comes in to focusing throughout a match. You don’t really have time – you could lose four points in a minute. Reminding yourself that you can think about this after the match but, for now, focus on what you need to do for the next point. Remember your game plan. A lot of it is bringing yourself back – whether you develop rituals or mantras or breathing techniques. Things that help you reset and become more present are huge.

That is a challenge that is very difficult in terms of maintaining focus. And you see the flip side of that too. You see some people get too outcome minded – they are up 2-0 and 10-7 and say, “Oh, I have won already and they forget that they still need to win one more point. So that’s another big challenge. It is the self though, maintaining focus and trying not to place too much of an emphasis on the past or the future. Taking it one point at a time.

SU: Why do you think that a player with enough physical talent to beat his opponent can defeat himself mentally?

AG: At the end of the day, there are a lot of ingredients that make you a successful athlete or person and it is not just talent – attitude, mindset, grit, resilience, that is where the mental side is really important. Managing expectations, putting in the work. One of the biggest things I hear with my juniors is that you make the assumption that you have already won if you have beaten someone four or five times. It can prevent you from doing the work that you need to do to be successful.

SU: I even see that when looking juniors look at draws before a tournament even starts thinking “oh, I beat them before in a prior tournament so this is going to be easy.” Talking yourself into having won before you even started.

AG: Right, exactly. One of the things I really emphasis to avoid making those mental traps or mistakes is having a winning mindset. When you develop a winning mindset, it is not dependent on who you are playing. You hear a lot that I play my best when I play someone who is a lot better than me because there is no pressure. Sometimes the reverse is true- you might underestimate your opponent. If you have a successful mindset regardless, going into each match, if you go into each match with a vision, a purpose, an approach it will help you to combat some of those things we are talking about.

SU: Thank you for taking the time to speak with me today. To reach Amy to learn more, she can be emailed at aeg@pillars4performance.com.

Scroll back to top